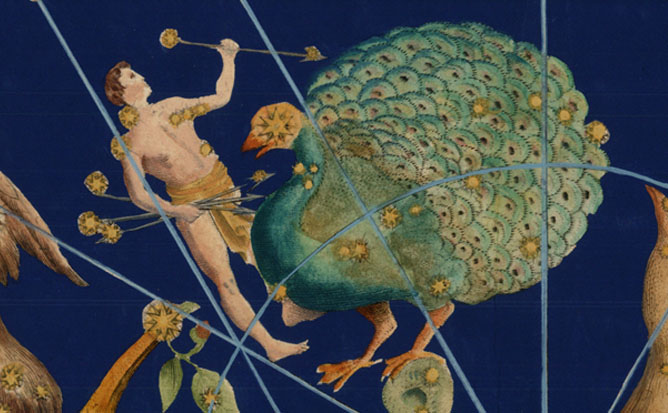 The Myth Behind the Constellation Pavo

Pavo, “The Peacock”, is a modern constellation created in the late sixteenth-century. As with most of their creations, Pieter Dirkszoon Keyser and Frederick de Houtman selected an animal to name their star group after.

In Greek mythology, the peacock was sacred for Hera.  When Hermes killed Argus, the one-hundred-eyed giant, Hera placed the monsters eyes on the tail of the peacock.

These are the stars in Pavo with a minimum magnitude of 3.0.