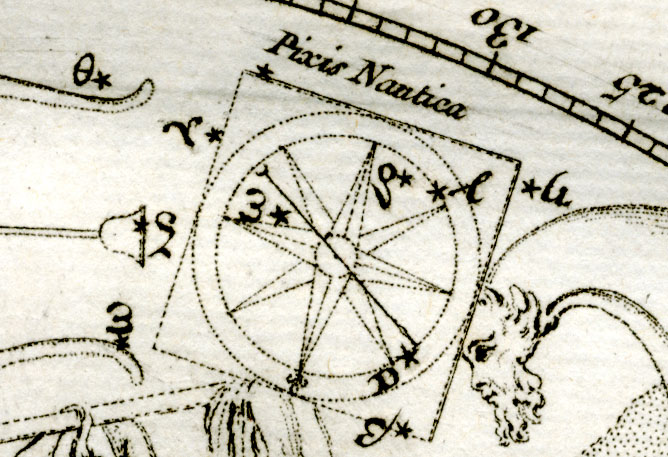 The Myths Behind the Constellation Pyxis

Created by French astronomer Nicolas-Louis de La Caille, Pyxis, “the compass” represents a magnetic compass used by seamen.  The original name, in French, from La Caille’s 1756 planisphere, was la Boussole.  It was later Latinized to Pixis Nautica, and then shortened to Pyxis.

Some of the stars of Pyxis were taken from the ancient constellation Argo Navis, the ship of the Argonauts. Even though Pyxis is tied in by theme to the myth of Jason and the Argonauts, a mariner’s compass would not have been an instrument the ancient heroes would have had access to.

There are no stars in Pixis with a magnitude of 3.0 or brighter.