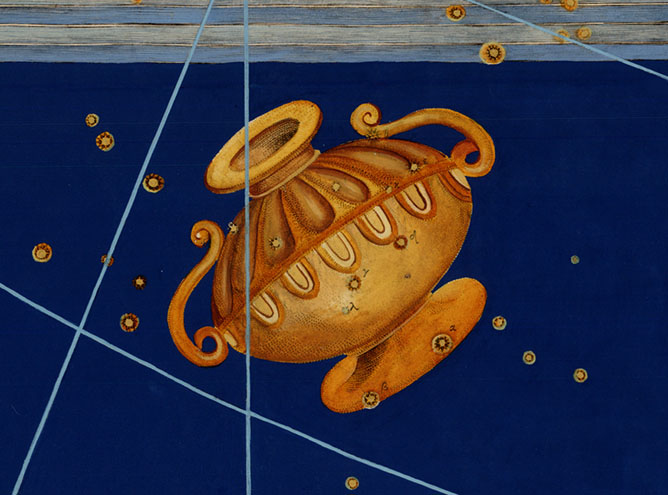 The Myth Behind the Constellation Crater

The mythology of Crater, “The Cup”, is linked with two other constellations in its vicinity; Corvus “The Crow” and Hydra “The Serpent”.

Crater was the cup used by Corvus when the crow was sent by Apollo when the crow to fetch some water.  When the crow got to the stream, a tasty-looking fig caught his eye.  It was not yet ripe, so he decided to wait there until it was.  He realized the delay would upset Apollo, so he found a snake and made up a tale about how he had been attacked by it.  The god saw through the lie and banished the cup, the crow and the serpent to the sky.

These are no stars in Crater with a magnitude of 3.0 or brighter.